Screening international premiere of “Once Upon a Dream” at JAPAN CUTS 2017.

Once Upon a Dream

For the film’s 10th anniversary, experimental filmmaker Kei Shichiri (DUBHOUSE, JAPAN CUTS 2015) presents an all-new sound and image remastering of his tour de force film (formerly translated as Before the Day Breaks). Based on a manga by Naoki Yamamoto, the film follows Aochi, who sleeps and sleeps but never feels like she has slept enough. Shichiri, who explores the limits of sound and image in his diverse body of work, presents a highly evocative dramatic film in which humans barely appear on screen. The story is told through voiceover, sound and visions of dreams and landscapes. Over the years, the film has gained fans, including contemporary auteur Kiyoshi Kurosawa, who compared the film to those by Jean-Luc Godard. 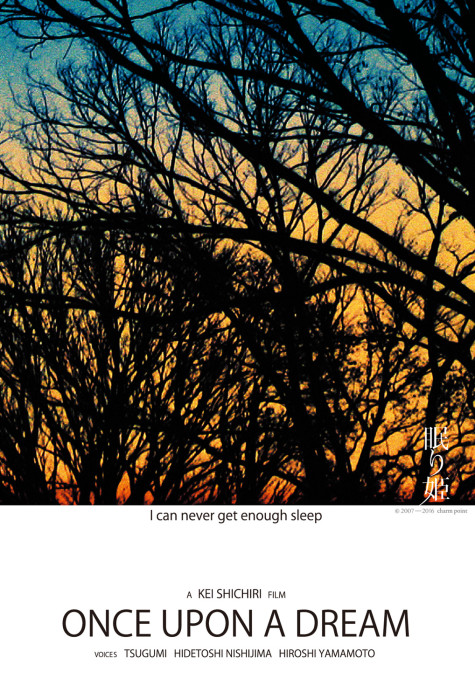 « A premiere of “Music as film” is scheduled on October 19. “Another Side / Salome’s Daughter – Remix” and “DUBHOUSE” will be screened at the Yamagata International Documentary Film Festival (YIDFF2017). »