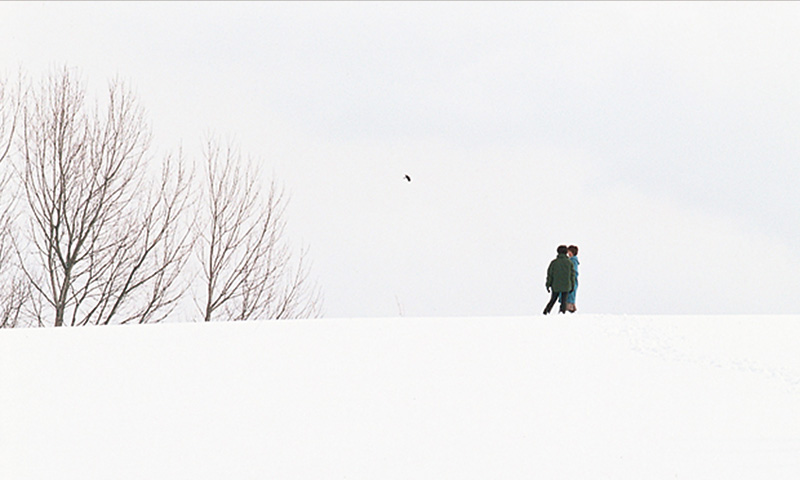 A magical film that takes on an increasingly dreamlike quality the more it tries to return to reality. A young man writes a novel based on his memories of an illicit love affair with his older sister, then attempts to commit suicide on a snowbound mountain. Meanwhile, his older sister works overtime at her office on a holy night. Their present-day existences are punctuated with flashbacks to their memories/the events recounted in the novel. Two locations – the mountain and the city – and two time periods – the present and the past – become entangled, and eventually the siblings find themselves alone, watching fireworks fill the night sky. Is it a dream, or the afterlife? This feature-length work was SHIHIRI’s first theatrically-released film.