You Are Not Me（Salome’s Daughter / Deconstruction） (2018) 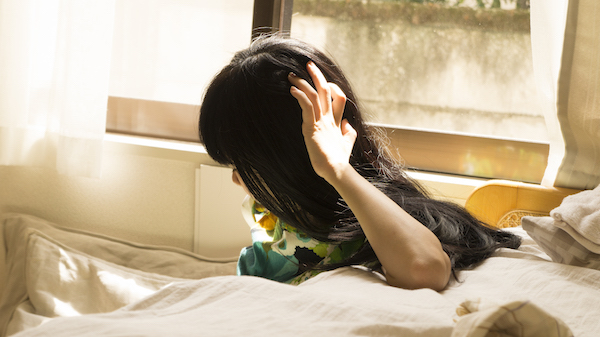 That evening, I was left behind in the forest. That person wearing the mask of the beast—could it have been my mother? In a white room in some unknown place, a young woman whispers continuously. Captive people who appear, as if called out by a monologue that is neither memory nor fantasy. Pretending not to see the confused men, women dance on and on. Cutting off the karma linking mother to daughter, in order to be unleashed from the yoke of identity. Saying, “You are not me,” that person ceased to exist before me.
The third in a series, it employs the same text as the two works preceding it. Prior to the release of the film, there was a video installation featuring a reading.